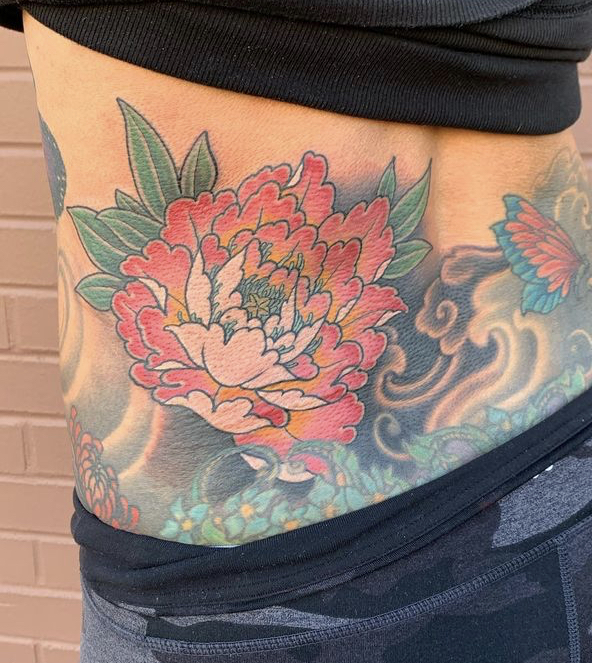 The tradition of tattooing has been around since the time of the ancient Egyptians and perhaps even longer. Mummies unearthed from Southern Peru, Italy, as well as various islands have been found with signs of ancient tattooing. Needless to say… styles have changed quite a bit, and continue to change over time. Like any artform, tattoo styles are influenced by a wide range of cultural, religious, and social factors. So, if you’re considering a tattoo and aren’t sure exactly what style to get, here’s an overview of some of the most popular tattoo techniques.

Today’s tribal tattoos are, in many ways, a nod to the very first type of tattoo. Many of the earliest tribal tattoos were lines, dots and abstract shapes, used by many indigeous tribes and cultures to delineate social status, family lineage, religious beliefs, and philosophies. Otzi the Iceman , a 5,000-year-old mummy found on the border between Austria and Italy, may be the most famous modern example of tribal tattoos. His body featured 61 tattoos, most of them only consisting of horizontal or vertical lines. Many contemporary tattoo designs use this same simple line work, while others borrow from Polynesian tribes which feature bolder shapes and designs.

An off-shoot of tribal tattoos, blackwork uses geometric shapes and bold line work to create intricate patterns and designs. The result is often a beautiful blend of indigenous aesthetic with a contemporary twist.

The traditional or “old school” tattoo harkens back to your grandpa’s time. The distinctive style was developed in the 18th-20th century and is often characterized by thick, black line work with themes centered around pinup girls, swords, birds, flowers, broken hearts, and maritime components, such as ships and anchors.

As the name suggests, this style of tattooing blends the traditional art form with contemporary elements. Often, neo-traditional tattoos will combine many aspects of traditional tattooing, such as heavier line weights and old school themes with modern elements and more delicate linework. In a nutshell, this is where old meets new.

Watercolor tattoos are a slightly newer type of tattoo style and feature soft “washes” of pigment instead of dark or opaque coloring. This style is often meant to mimic the effect of a watercolor painting and tend to lack the defined line work that traditional tattoos feature. When done correctly, they are beautiful and delicate; however, because of the light washes of color they are not as resistant to sun and may fade more quickly than other styles.

Taking cues from the surrealist greats such as Salvador Dali, Pablo Picasso, and Joan Mirò, surrealist tattooing mimics the cultural and artistic movement developed in Europe in the aftermath of World War I and uses many of the same mechanics: juxtaposing various visual imagery which relate in strange or unusual ways, creating a dreamlike or subconscious quality.

Portrait-style work can range from illustrative to extremely realistic. Very skilled artists are able to achieve amazing graduation and detail, and may even forgo dark outlining so that the result mimics that of classic portraiture. Portraits are among some of the hardest work to do well, so it should go without saying, if you’re looking to have a portrait done (especially if the subject is near and dear) it’s critical to do your research.

Do-it-yourselfers were among the first to popularize this style of tattooing, which uses a single needle to build up line work and create simple designs with decorative patterns.

This is a stylistic approach to tattooing which combines the human body with a contemporary design that makes it look as if the body is made up of mechanical parts. Think Terminator. Remember Arnold’s robot arm? Or when half his face was ripped off to reveal that glowing red eye? It’s kinda like that.

This style of tattooing requires a high degree of skill in order to capture the realistic rendering of pistons, gears, levers and the like and integrate the design with the mechanics of the body. As such, if you’re looking for this type of tattoo, you don’t want to go to just any tattoo artist… you’ll want to seek out a skilled biomechanics tattoo artist — someone with experience in this style specifically.

Built in 1914 and restored in 2011, Remington Tattoo Parlor + Gallery is located in the North Park district, the heart of San Diego. Remington Tattoo Parlor is a combination of industrial/modern meets an apothecary/artist’s studio. Our unique shop’s aim is to create a memorable experience combining tradition and nostalgia with a modern, clean environment utilizing the best quality supplies and sterilization techniques.

You are here: Home / Tattoo Styles