Huge custom ornate back piece by Terry Ribera. This truly showcases what Terry can do with a needle and some creativity. Large and in charge full-color full back display. 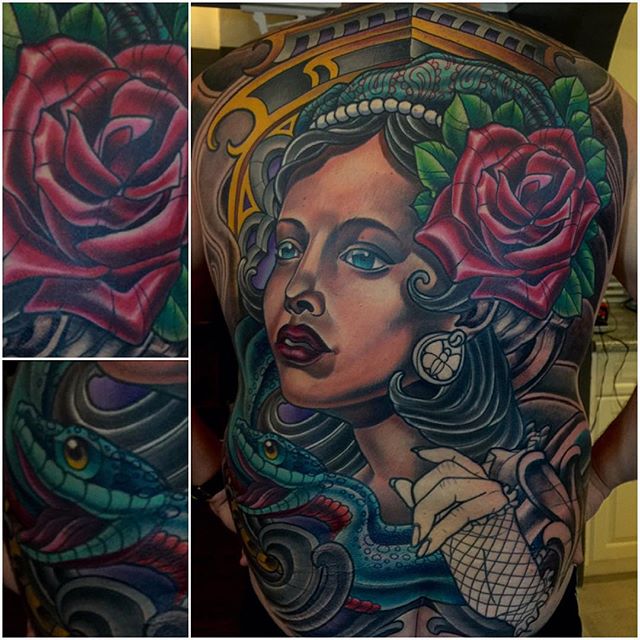 You are here: Home / Featured Tattoo / Custom Backpiece by Terry