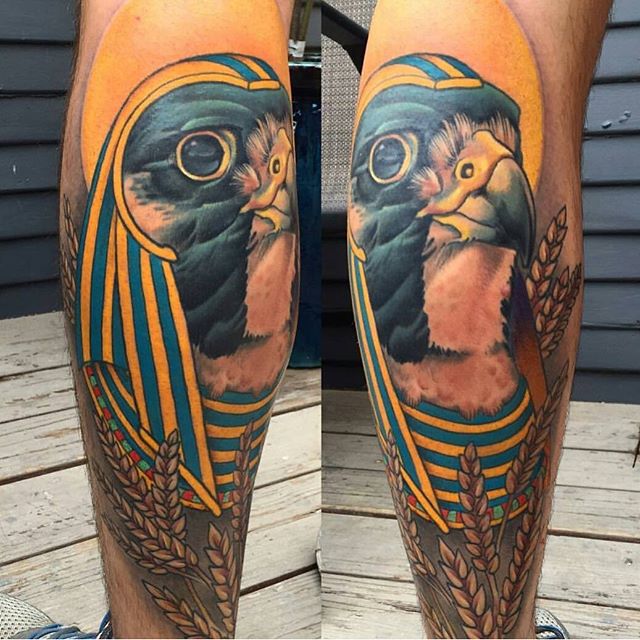 Horus was often the ancient Egyptians’ national patron god. He was usually depicted as a falcon-headed man wearing the pschent, or a red and white crown, as a symbol of kingship over the entire kingdom of Egypt.

Named after the Remington 1900’s typewriter, Remington Tattoo is strong in character, full of life… a well-oiled machine. Each piece of art on the walls tells a story and every antique owns a personality. Remington Tattoo will bring you back in time to a romanticized 1940’s New York.

Historically, tattooing was the art of a craftsman, but today it has evolved beyond a craft to a carefully illustrated unique art form. Tattooing is surviving and thriving due to its roots in tradition and our need to stand out in society. Each piece gives us strength, and most importantly the reminder that we are free.

We encourage the support of other craftsmen and artisans who still work with their hands to keep nostalgia alive, from sign-painting to silk-screening and letter-press. We embrace the modern world, but never lose the craft and emotional connection to the blood, sweat and tears produced by our human hands.