Some peonies from Alessio Ricci, starting in January. Consultations can be set up on his page, alessioricci.com, or by giving us a call at  (619) 795-8915. 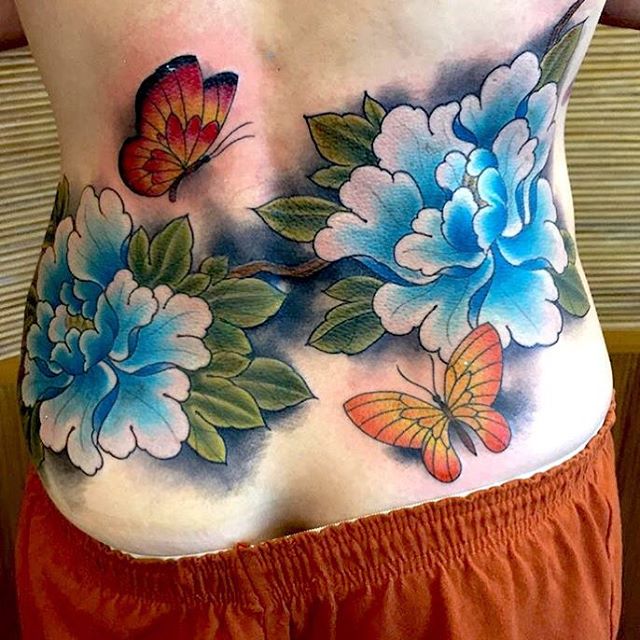 I started to tattoo in 1998 in my hometown Florence, Italy, taught by my mentor Maurizio Fiorini, the oldest italian tattooer. I’m among many other people out there that owe him thanks for giving me the opportunity to learn by working in his shop.

After a few years I moved to the U.S to gain experience and knowledge about tattooing.

My first step in America was in New York, and a little over a year later I moved to San Diego, California, where I live now! After working in a few shops I finally found my base, at ”Avalon Tattoo 2”, where I was at from 2006 until recently joining the Remington team.

You are here: Home / Latest Work / Peonies by Alessio Ricci